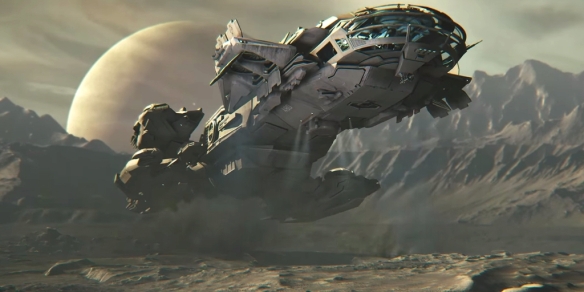 When the Player Characters are offered a job, how much should a Patron offer them? This question vexed me when I first read Traveller years ago. There is no payment scale based on Levels (as one finds in D&D and AD&D) nor any base rewards to be handed out “per adventure” or “per session.”

However, now that I’ve been reading through the books holistically and am old enough to appreciate money more than I did in my youth, here are some thoughts that come to mind:

First, let’s look at how characters survive with the basics.

In Book 3, in the Equipment chapter (under Food and Overhead) we find the following:

So, this is one yardstick to gauge rewards: How much money does it take for someone to kick back and not have to worry about money for a year. (I’m a freelancer. This is how I think. Which is probably how most Traveller adventurers think. This doesn’t mean they stop working. I mean, I never do. But when I get a big check in a I know I can breath easier for X Amount of Time… and that matters!)

When we total up a year’s basic living expenses we get:

I think that’s a pretty good yardstick to begin with. If a Player Character makes Cr10,000 from a job he could live high on the hog for a year. He could live with ordinary food and shelter costs for two years. That’s something to think about right there, and it’s how I’d begin thinking about this.

Note that I’m not worrying about exchange rates, multipliers of Social Standing, and so forth. If that’s a road someone wants to walk down, they can. But these are abstractions that I think are good enough. As for different worlds and economic conditions, I’m willing to assume that while a poor world might have a weak economy, high class items are tougher to come by, so certain items will cost more and it all comes out in the wash. And so on.

Also, if one wanted a setting where Social Status and social climbing would be prominent, you’d want to add extra costs pegged to Social Standing and efforts to keep up appearances. Those elements are beyond the scope of this reply. I’m assuming an adventure focused game, with Social Standing used to influence other people and provide DMs for specific situations, but that we’re not in a world of high-stakes etiquette and death by lack-of-fashion-sense. In general, I think expenses-tied-to-Social Standing matters can be established on a campaign-by-campaign, situation-by-situation basis, with rules made up by the Referee and Players as needed for the specific caper/escapade/situation the Player Characters are involved in.

So we know something now: Kicking back after a big job is possible for Travellers!
But, here’s the thing: Travellers don’t kick back!

Here’s something really interesting if one looks at those annual living costs:

I don’t know about you, but I find this fascinating. To travel from one star system to another star system in High or Middle passage costs about as much as it does to live for about two years of ordinary food and lodging. (Once again, I keep insisting that in Classic Traveller space travel was an extraordinary thing. Here’s one more clue.) Yes, one can go in a Lower Berth–and take a random stab at death. But that’s the point of Low Passage. It’s for the people who don’t have a lot of money and must travel anyway.

So, let’s say your characters don’t have a ship. They don’t need a ship. But the expenses above might provide a goal to get a ship. Because, what we’re seeing here is that unless you have a ship, getting around in the stars is expensive. Remember that those costs are per jump. If one is playing with Book 2 and in your own setting, you might end up with a Tech Level cap of 11 or 12, which will drastically limit the J-Drives of the ships available to 1 or 2 parsecs per jump. This means a journey requiring tickets for two or three jumps is going to cost Cr16,000 to Cr24,000 per person.

Don’t handwave these costs away! These costs matter! They are part of the game!

All this money gets spent in a few months of travel. But this is tied to one other thing to think about (which others have touched on above)…

WHAT DO THE PLAYER CHARACTERS WANT?

As the last page of the 1981 edition of the rules states:

The players themselves have a burden almost equal to that of the referee: they must move, act, travel in search of their own goals. The typical methods used in life by 20th century Terrans (thrift, dedication, and hard work) do not work in Traveller; instead, travellers must boldly plan and execute daring schemes for the acquisition of wealth and power. As for the referee, modern science-fiction tradition provides many ideas and concepts to be imitated.

I would suggest the following:

After you have your subsector, or a collection of five to eight J-1 worlds in a cluster or main (to keep things manageable to begin) created a Rumor Table. The Rumor Table rules from The Traveller Book are great addition to the game and something I would port in. The Rumor Table matters, because it

By focus I mean you get to establish things like, “This is what this setting is about,” and “These are the most interesting things happening in this setting.” It also points the imagination of the Players toward things you want them to be curious about. Traveller play is a sandbox, yes. But there’s no need for madness to take hold of the Referee, and a Rumor Table keeps the Players not railroaded, but focused on a limited set of compelling notions that allow them to focus their travels.

By choice, I mean exactly that. I mean the Players get to choose what, if any, rumors to pursue, in any order or method they wish. This means that if they are on one world, an then they need to get to another world to dig up a clue about that alien temple, then they’re going to need at least Cr8,000 to get there. Suddenly Cr8,000 is a big deal, since that’s what they need.

Without any sort of self-regulated goals, money will become worthless in the game. Whether it is passage on a ship, or buying a ship, or enough to bail a friend out of jail… the need that the PCs have will make the money matter. Without that, Cr10,000 might as well be Cr1,000,000,000 and visa versa. The money will have no value.

So, give them enough ideas/rumors/setting material for them to at least scratch out the beginning of a goal. This will grow and change across sessions of play. But I think you’ll find once they decide they need a certain amount of money, you’ll have a better idea of what sort of rewards to put before them.

As noted above, the rewards in 76 Patrons were all over the map. In my youth this bothered me. Now I see it as a feature, not a bug.

A few things have become clearer to me over the years:

Some people have lots of money to blow in desperate circumstances. Others do not. This means that when you create a Patron, imagine how much they have to offer. Who is this person? What resources do they have at hand? How much of these resources can they part with? What is their circumstance? How desperate (or not) are they?

This is all to say, don’t worry about setting some sort of baseline reward for the game. Let the Patron determine the fee for you.

Also: Remember that the PCs are allowed to say “No” to the Patron. Everything I’ve read about early Traveller play suggests that it was played on the fly. Each week the PCs look for a Patron. They find one, or they don’t. If they find one, they say yes or no. If they say yes, the Referee is literally turning wheels in his head creating the adventure as the game goes. If they so no, they look for another Patron the following week.

So, the Players get to decide if the reward (and the reward with the risk) is what they want to spend their time on. Let them have this decision. If they think the job doesn’t pay enough, that’s their business. But this means they might be running out of money. The people closing in on them (there are people closing in on them, right?) might find them if they spend another week on the planet, and so on. Find pressure points where they the choice of taking the job or not taking the job matters.

This, too, will help you set the fee from each Patron.

Remember, in this style of play, there is nothing more powerful than letting the Players make choices that matter. When to say yes to a job, when to say no. When to negotiate for more, when to say yes because you’re desperate… all of this stuff is the stuff that makes this kind of play great. So don’t think in terms of baselines. That’s like thinking about “balanced” encounters… and Traveller (like all OSR games) isn’t about that. Give them options, and see what they choose to do.

A FINAL NOTE ON RECORD KEEPING

I would break the Monthly Costs listed above into Weekly Costs. A week seems to be the standard unit of “broad passage of time” in Traveller. Jumps take a week. Looking for Patron Encounter takes a week. It takes a week to find cargo and passengers to carry to another world.

This way, every time the characters “spend a week” poking around, looking for work, waiting for passengers and cargo, have them deduct the living standard their PCs are living at. If several days of in-character play take place, add them as they go along and once again have the Players deduct a week of living expenses.

I would offer that record keeping in OSR games is part-and-parcel of the experience. Encumbrance rules, tracking time, tracking credits… all of this forces the Players to make choices about what to do with their resources, what to carry with them when they go on an adventure, what to leave behind, and so on. It provides a grounded texture to help make the more exotic and fantastical elements stand out. Although in the moment taking the time for the bookkeeping can often seem too much like bean-counting, I’ve seen wonderful moments of play where the Players wail with frustration because they had to leave something behind, or cheer with delight because they chose something to carry with them.

In Traveller, in terms of money, when the Player Characters hit a point where they have no money left the Referee will make it clear: “Folks, you need some money now…”  (“…for food,” “…to get off this rock,” “…to repair the turret on your ship,” “…to get gear for the raid.”)

And what they choose to do about that is a big part of the game.

5 thoughts on “TRAVELLER: Out of the Box–Rewards for the Player Characters”