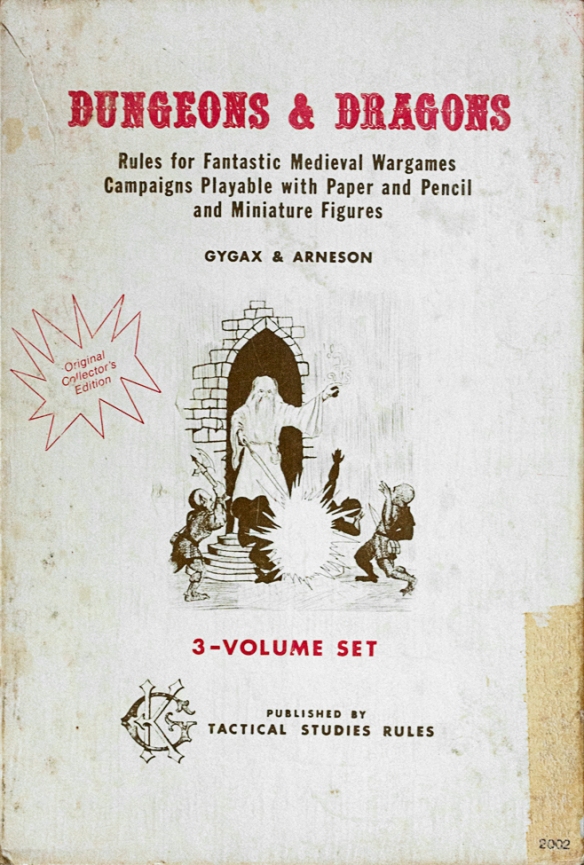 This had made the rounds for a while, but I think its worth keeping in mind.

Gygax here is speaking for himself. And I’m not posting it with the assumption that everyone wants from an RPG what Gygax wanted from an RPG.

What you think is broken play might be the bee’s knees at another table. And if we played together we might click right away, might find a way to make it work, or might bounce off each other and think, “Okay. nice try, but we really want different things.”

And all of that is fine.

Dave and I disagree on how to handle any number of things, and both of our campaigns differ from the “rules” found in DandD. If the time ever comes when all aspects of fantasy are covered and the vast majority of its players agree on how the game should be played, DandD will have become staid and boring indeed. Sorry, but I don’t believe that there is anything desirable in having various campaigns playing similarly to one another. DandD is supposed to offer a challenge to the imagination and to do so in many ways. Perhaps the most important is in regard to what the probabilities of a given situation are. If players know what all of the monster parameters are, what can be expected in a given situation, exactly what will happen to them if they perform thus and so, most of the charm of the game is gone. Frankly, the reason I enjoy playing in Dave Arneson’s campaign is that I do not know his treatments of monsters and suchlike, so I must keep thinking and reasoning in order to “survive”. Now, for example, if I made a proclamation from on high which suited Mr. Johnstone, it would certainly be quite unacceptable to hundreds or even thousands of other players. My answer is, and has always been, if you don’t like the way I do it, change the bloody rules to suit yourself and your players. DandD enthusiasts are far too individualistic and imaginative a bunch to be in agreement, and I certainly refuse to play god for them — except as a referee in my own campaign where they jolly well better toe the mark.

Of course people have been chasing “the bloody rules” for decades. Which is why we have so many different ways of playing available.

Some people like one or two ways, some people love dozens. But as luck would have there are enough kinds of games available that most tastes can be catered to.